St. Nicholas, called “of Bari”, Bishop of Myra (Fourth Century) 6 Dec. Feast day. The great veneration with which this saint has been honored for many ages and the number of altars and churches which have been everywhere dedicated in his memory are testimonials to his holiness and of the glory which he enjoys with God. He is said to have been born at Patara in Lycia, a province of Asia Minor. Myra, the capital, not far from the sea, was an episcopal see, and this church falling vacant, the holy Nicholas was chosen bishop, and in that station became famous by his extraordinary piety and zeal and many astonishing miracles. The Greek histories of his life agree that he suffered imprisonment of the faith and made a glorious confession in the latter part of the persecution raised by Dioletian, and that he was present at the Council of Nicaea and there condemned Arianism. The silence of other authors makes many justly suspect these circumstances. He died at Myra, and was buried in his cathedral.

This summary account by Alban Butler tells us all that is known about the life of the famous St. Nicholas, and even a little more; for his episcopate at Myra during the fourth century is really all that seems indubitable authentic. This is not for lack of material, beginning with the life attributed to the monk who died in 847 as St. Methodius, Patriarch of Constantinople. But he warns us that “Up to the present the life of this distinguished Shepard has been unknown to the majority of the faithful”, and sets about enlightening their ignorance nearly five hundred years after the saint’s death. This is the least unreliable of the “biographical” sources available, and a vast amount of literature, critical and expository, have grown up around them. Nevertheless, the universal popularity of the saint for so many centuries requires that some account of these legends should be given here.

We are assured that from his earliest days Nicholas would take nourishment only once on Wednesdays and Fridays, and that in the evening according to the canons. “He was exceedingly well brought up by his parents and trod piously in their footsteps. The child, watched over by the church enlightened his mind and encouraged his thirst for sincere and true religion”. His parents died when he was a young man, leaving him well off and he determined to devote his inheritance to works of charity. An opportunity soon arose. A citizen of Patara had lost all his money, and had moreover to support three daughters who could not find husbands because of their poverty; so the wretched man was going to give them over to prostitution. This came to the ears of Nicholas, who thereupon took a bag of gold and, under cover of darkness threw it in at the open window of the man’s house. Here was a dowry for the eldest girl and she was soon duly married. At intervals Nicholas did the same for the second and third; at the last time the father was on the watch, recognized his benefactor and overwhelmed him with his gratitude. It would appear that the three purses represented in pictures, came to be mistaken for the heads of three childrenand so they gave rise to the absurdstory of the children, resuscitated by the saint, who had been killed by an innkeeper and pickled in a brine-tub.

Coming to the city of Myra when the clergy and people of the province were in session to elect a new bishop, St. Nicholas was indicated by God as the man they should choose. This was at the time of the persecutions at the beginning of the fourth century and “As he was the chief priest of the Christians of this town and preached the truths of faith with a holy liberty, the divine Nicholas was seized by the magistrates, tortured, then chained and thrown into prison with many other Christians. But when the great and religious Constatine, chosen by God assumed the imperial diadem of the Romans, the prisoners were released from their bonds and with them the illustrious Nicholas, who when he was set at liberty returned to Myra.” St. Methodius asserts that “thanks to the teaching of St. Nicholas the metropolis of Myra alone was untouched by the filth of the Arian heresy, which it firmly rejected as death-dealing poison”, but says nothing of his presence at the Council of Nicaea in 325. According to other traditions he was not only there but so far forgot himself as to give the heresiarch Arius a slap in the face. Whereupon the conciliar fathers deprived him of his episcopal insignia and committed him to prison; but our Lord and His Mother appeared there and restored to him both his liberty and his office. As against Arianism so against paganism, St. Nicholas was tireless and took strong measures: among other temples he destroyed was that of Artemis, the principal in the district, and the evil spirits fled howling before him. He was the guardian of his people as well in temporal affairs. The governor Eustathius had taken a bribe to condemn to death three innocent men. At the time fixed for their execution Nicholas came to the place, stayed the hands of the executioner, and released the prisoners. Then he turned to Eustathiujs and did not cease to reproach him until he admitted his crime and expressed his penitence. There were present on this ocfcasion three imperial officers who were on their way to duty in Phrygia. Later, when they were back again in Constantinople, the jealousy of the prefect Ablavius caused them to be imprisoned on false charges and an order for their death was procured from the Emperor Constantine. When the officers heard this they remembered the example they had witnessed of the powerful love of justice of the Bishop of Myra and they prayed to God that through his merits and by his instrumentality then might yet be saved. That night St. Nicholas appeared in a dream to Constatine, and told him with threats to release the three innocent men, and Ablavius experienced the same thing. In the morning the Emporor and the prefect compared notes, and the condemned men were sent for and questioned. When he heard that they had called on the name of the Nicholas of Myra who had appeared to him, Constatine set them free and sent them to the bishop with a letter asking him not to threaten him any more but to pray for the peace of the world. For long this was the most famous miracle of St. Nicholas, and at the time of St. Methodius was the only thing generally known about him.

The accounts are unanimous that St. Nicholas died and was buried in his episcopal city of Myra, and by the time of Justinian there was a basilica built in his honor at Constantinople. An anonymous Greek wrote in the tenth century that, “the West as well as the East acclaims and glorifies him. Wherever there are people, in the country and the town, in the villages, in the isles, in the furthest parts of the earth, his name is revered and churches are built in his honor. Images of him are set up, panegyrics preached and festivals celebrated. All Christians, young and old, men and women, boys and girls, reverence his memory and call upon his protection. And his favors, which know no limit of time and continue from age to age, are poured out over all the earth; the Scythians know them, as do the Indians and the barbarians, the Africans as well as the Italians.” When Myra and its great shrine finally passed into the hands of the Saracens, several Italian cities saw this as an opportunity to acquire the relics of St. Nicholas for themselves. There was great competition for them between Venice and Bari. The last-named won, the relics were carried off under the noses of the lawful Greek custodians and their Mohammedan masters, and on May 9, 1087 were safety landed at Bari, a not inappropriate home seeing that Apulia in those days still had large Greek colonies. A new church was built to shelter them and the pope, Bd. Urban II, was present at their enshrining. Devotion to St. Nicholas was known in the West long before his relicswere brought to Italy, but this happening naturally greatly increased his veneration among the people, and miracles were as freely attributed to his intercession in Europe as they had been in Asia. At Myra”the venerable body of the bishop, embalmed as it was in the good ointments of virtue exuded a sweet smelling myrrh, which kept it from corruption and proved a health giving remedy against sickness to the glory o f him who had glorified Jesus Christ, our true God.” The translation of the relics did not interrupt this phenomenon, and the “manna of St. Nicholas” is said to flow to this day. It was one of the great attractions which drew pilgrims to his tomb from all parts of Europe.

It is the image of St. Nicholas more often than that of any other that is found on Byzantine seals; in the later middle ages nearly four hundred churches were dedicated in his honor in England alone; and he is said to have been represented by Christian artists more frequently than any saint except our Lady. St. Nicholas is venerated as the patron saint of several classes of people, especially, in the East, of sailors and in the West of children. The first of these patronage is probably due to the legend that during his lifetime, he appeared to storm tossed mariners who invoked his aid off the coast of Lycia and brought them safely to port. Sailors in the Aegean and Ionian seas, following a common Eastern custom, had their “star of St. Nicholas” and wished one another a good voyage in the phrase “May St. Nicholas hold the tiller”. The legend of the “three children” gave rise to his patronage of children and various observances, ecclesiastical and secular, connected there with; such were the boy bishop and especially in Germany, Switzerland and the Netherlands, the giving of presents in his name at Christmas time. This custom in England is not a survival from Catholic times. It was popularized in America by the Dutch Protestants of New Amsterdam who had converted the popish saint into a Nordic magician (Santa Claus = Sint Klaes = Saint Nicholas) and was apparently introduced into this country by Bret Harte. It is not the only “good old English custom” which, however good, is not “old English”, at any rate in its present form. The deliverance of the three imperial officers naturally caused St. Nicholas to be invoked by and on behalf of prisoners and captives, and many miracles of his intervention are recorded in the middle ages.

Curiously enough the greatest popularity of St. Nicholas is found neither in the eastern Mediterranean nor north-western Europe, great as that was, but in Russia. With St. Andred the Apostle he is patron of the nation, and the Russian Orthodox Church even observes the feast of his translation; so many Russian pilgrims came to Bari before the revolution that their government supported a church, hospital and hospice there. He is a patron saint also of Greece, Apulia, Sicily and Loraine, and of many citiesand dioceses (including Galway) and churches innumerable. At Rome the basilica of St. Nicholas in the Jail of Tully (in Carcere) was founded between the end of the sixth and the beginning of the seventh centuries. He is named in the preparation of the Byzantine Mass. 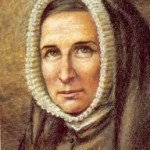