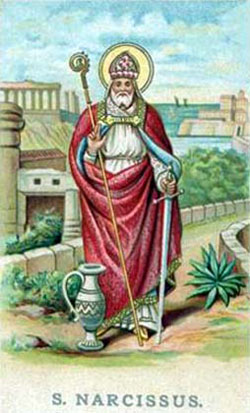 St. Narcissus Bishop of Jerusalem October 29 Second Century St. Narcissus was born towards the close of the first century, and was almost fourscore years old when he was placed at the head of the church of Jerusalem, being the thirtieth bishop of that see. In 195, he and Theophilus, bishop of Caesarea in Palestine, presided in a council of the bishops of Palestine held at Caesarea, about the time of celebrating Easter; in which it was decreed that this feast is to be kept always on a Sunday, and not with the Jewish passover. Eusebius assures us, that the Christians of Jerusalem preserved in his time the remembrance of several miracles which God had wrought by this holy bishop; one of which he relates as follows. One year on Easter-eve the deacons were unprovided with oil for the lamps in the church, necessary at the solemn divine office that day. Narcissus ordered those who had care of the lamps to bring him some water from the neighboring wells. This being done, he pronounced a devout prayer over the water; then bade them pour it into the lamps; which they did, and it was immediately converted into oil, to the great surprise of the faithful. Some of this miraculous oil was kept there as a memorial at the time when Eusebius wrote his history. The veneration of all good men for this holy bishop could not shelter him from the malice of the wicked. Three incorrigible sinners, fearing his inflexible severity in the observance of ecclesiastical discipline, laid to his charge a detestable crime, which Eusebius does not specify. They confirmed their atrocious calumny by dreadful oaths and imprecations; one wishing he might perish by fire, another, that he might be struck with a leprosy, and the third, that he might lose his sight, if what they alleged was not the truth. Notwithstanding these protestations, their accusation did not find credit; and, some time after, the divine vengeance pursued the calumniators. The first was burnt in his house, with his whole family, by an accidental fire in the night; the second was struck with a universal leprosy; and the third, terrified by these examples, confessed the conspiracy and slander, and by the abundance of tears which he continually shed for his sins, lost his sight before his death. Narcissus, notwithstanding the slander had made no impression on the people to his disadvantage, could not stand the shock of the bold calumny, or rather made it an excuse for leaving Jerusalem, and spending some time in solitude, which had long been his wish. He spent several years undiscovered in his retreat, where he enjoyed all the happiness and advantage which a close conversation with God can bestow. That his church might not remain destitute of a pastor, the neighboring bishops of the province, after some time, placed in it Pius, and after him Germanion, who, dying in a short time, was succeeded by Gordius. While this last held the see, Narcissus appeared again like one from the dead. The whole body of the faithful, transported at the recovery of their holy pastor, whose innocence had been most authentically vindicated, conjured him to reassume the administration of the diocese. He acquiesced; but afterwards, bending under the weight of extreme old age, made St. Alexander his coadjutor. This primitive example authorizes the practice of coadjutorships; which, nevertheless, are not allowable by the canons except in cases of the perpetual inability of a bishop through age, incurable infirmity, or other impediment as Marianus Victorius observes in his notes upon St. Jerome. St. Narcissus continued to serve his flock, and even other churches, by his assiduous prayers and his earnest exhortations to unity and concord, as St. Alexander testifies in his letter to the Arsinoites in Egypt, where he says that Narcisus was at that time about one hundred and sixteen years old. The Roman Martyrology honors his memory on the 29th of October. The pastors of the primitive church, animated with the spirit of the apostles were faithful imitators of their heroic virtues, discovering the same fervent zeal. the same contempt of the world, the same love of Christ. If we truly respect the church as the immaculate spouse of our Lord, we will incessantly pray for its exaltation and increase, and beseech the Almighty to give it pastors according to his own heart, like those who appeared in the infancy of Christianity. And, that no obstacle on our part may prevent the happy effects of their zeal, we should study to regulate our conduct by the holy maxims which they inculcate, we should regard them as the ministers of Christ; we should listen to them with docility and attention; we should make their faith the rule of ours, and shut our ears against the language of profane novelty. O! that we could once more see a return of those happy days when the pastor and the people had but one heart and one soul; when there was no diversity in our belief; when the faithful seemed only to vie with each other in their submission to the church, and in their desire of sanctification. 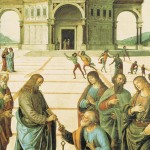 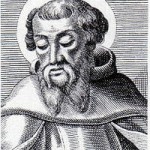 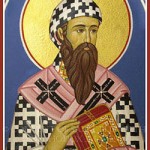 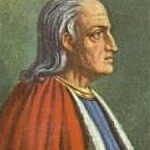 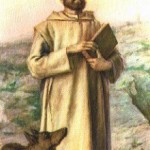 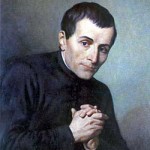 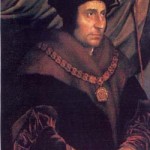 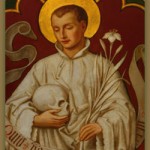 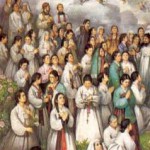 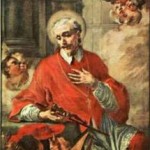