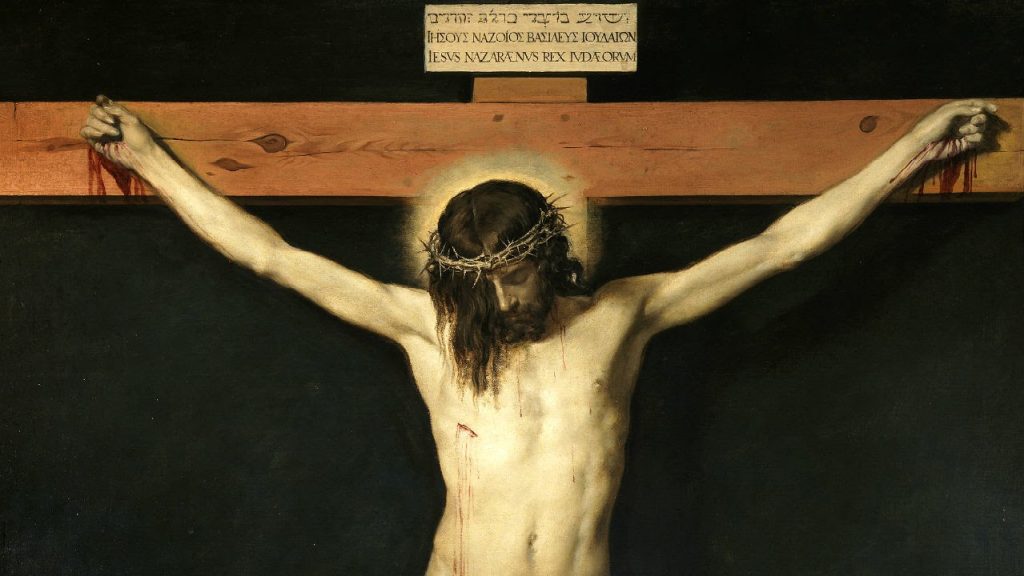 Good Friday is the day on which Catholics commemorate the crucifixion of Jesus Christ. Catholics are joined by almost all other Christians in solemn commemoration on this day. It is also a legal holiday around much of the world.

According to the gospels, Jesus was betrayed by Judas on the night of the Last Supper, commemorated on Holy Thursday. The morning following Christ’s arrest, he was brought before Annas, a powerful Jewish cleric. Annas condemned Jesus for blasphemy for refusing to repudiate Annas’ words that He was the Son of God. From there, Jesus was sent to Pontius Pilate, the Roman governor of the province.

Pontius Pilate questioned Jesus but found no reason to condemn Him. Instead, he suggested Jewish leaders deal with Jesus according to their own law. But under Roman law, they could not execute Jesus, so they appealed to Pilate to issue the order to kill Jesus.

Pilate appealed to King Herod, who found no guilt in Jesus and sent Him back to Pilate once again. Pilate declared Jesus to be innocent, and washed his hands to show that he wanted nothing to do with Jesus, but the crowds were enraged. To prevent a riot and to protect his station, Pilate reluctantly agreed to execute Jesus and sentenced him to crucifixion. Jesus was convicted of proclaiming himself to be the King of the Jews.

Before his execution, Jesus was flogged, which was a customary practice intended to weaken a victim before crucifixion. Crucifixion was an especially painful method of execution and was perfected by the Romans as such. It was reserved for the worst criminals, and generally Roman citizens, women, and soldiers were except in most cases.

During his flogging, the soldiers tormented Jesus, crowning Him with thorns and ridicule.

Following his flogging, Jesus was compelled to carry his cross to the place of His execution, at Calvary. During his walk to the site of His execution, Jesus fell three times and the Roman guards randomly selected Simon, a Cyrene, to help Jesus.

After arrival at Calvary, Jesus was nailed to the cross and crucified between two thieves. One of the thieves repented of his sins and accepted Christ while on the cross beside Him. A titulus, or sign, was posted above Christ to indicate His supposed crime. The titulus read, “Jesus of Nazareth, King of the Jews.” It is commonly abbreviated in Latin as “INRI” (Iesus Nazarenus, Rex Iudaeorum).

During Christ’s last few hours on the cross, darkness fell over the whole land. Jesus was given a sponge with sour wine mixed with gall, a weak, bitter painkiller often given to crucified victims.

Prior to death, Jesus spoke His last words, “My God, my God, why have you forsaken me?” This line is the opening of Psalm 22, and it may have been common practice to recite lines of songs to deliver a greater message. Properly understood, the last words of Christ were triumphant. Guards then lanced Jesus’ side to ensure He was dead.

At the moment of Christ’s death, an earthquake occurred, powerful enough to open tombs. The long, thick curtain at the Temple was said to have torn from top to bottom.

Following the incredible events of the day, the body of Christ was removed from the cross and laid in a donated tomb, buried according to custom.

Good Friday is a day of fasting within the Church. Traditionally, there is no Mass and no celebration of the Eucharist on Good Friday. A liturgy may still be performed and communion, if taken, comes from hosts consecrated on Holy Thursday. Baptism, penance, and anointing of the sick may be performed, but only in unusual circumstances. Church bells are silent. Altars are left bare.

The solemn, muted atmosphere is preserved until the Easter Vigil.