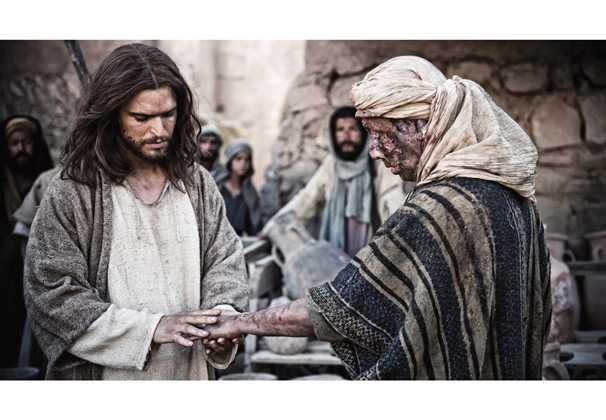 Now there was a man full of leprosy in one of the towns where Jesus was; and when he saw Jesus, he fell prostrate, pleaded with him, and said, “Lord, if you wish, you can make me clean.” Jesus stretched out his hand, touched him, and said, “I do will it. Be made clean.” And the leprosy left him immediately. (Lk 5:12-16)

The word “opaque” means that no light gets through. Put a flashlight behind a sheet of slate, and no light shines through.

An alabaster statue, on the other hand, is “translucent.” Put a flashlight behind it, and the whole statue is filled with a wondrous glow of light.

Do I look upon the world as opaque or translucent: sometimes I may tend to see the world as covered with the “leprosy” of political corruption, decaying cities, AIDS, drugs, terrorism, corporate disgrace, pollution…

Do I see the world as opaque or translucent?

When Jesus looked at the man full of leprosy, he saw more than leprosy. He saw a human being, a child of God, a person made wondrous by God. So Jesus reached out and touched him.

Jesus didn’t cure the man with leprosy simply to cure a man with leprosy. He cured him to teach me that the love of God enters into creation… and makes it (and me) whole.