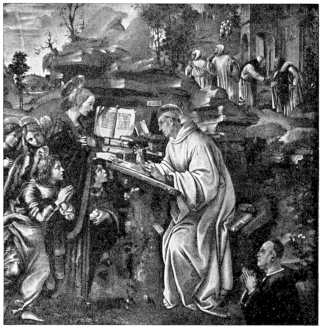 St. Bernard, Abbot and Doctor of the Church St. Bernard was born of noble parentage in Burgundy, France, in the castle of Fontaines near Dijon. Under the care of his pious parents he was sent at an early age to a college at Chatillon, where he was conspicuous for his remarkable piety and spirit of […] 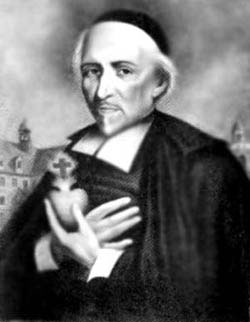 John Eudes was born at Ri, Normandy, France, on November 14, 1601, the son of a farmer. He went to the Jesuit college at Caen when he was 14, and despite his parents’ wish that he marry, joined the Congregation of the Oratory of France in 1623. He studied at Paris and at Aubervilliers, was […] 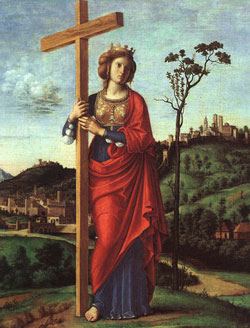 Empress mother of Constantine the Great. She was a native of Bithynia, who married the then Roman general Constantius I Chlorus about 270. Constantine was born soon after, and in 293, Constantius was made Caesar, or junior emperor. He divorced Helena to marry co Emperor Maximian’s stepdaughter. Constantine became emperor in 312 after the fateful […] 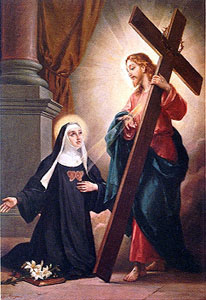 Clare was born at Montefalco, Italy, around 1268. As a young woman she joined a convent of Franciscan tertiaries. This group established Holy Cross Convent at Montefalco in 1290, adopting the Rule of St. Augustine. Clare’s sister Joan was the abbess of this community, but at her death Clare succeeded her. She led an austere […] 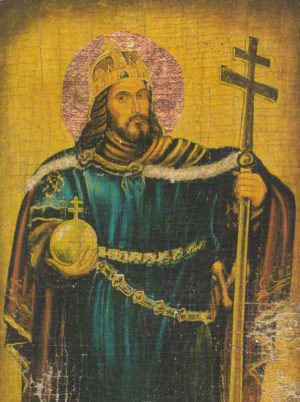 St. Stephen the Great (977-1038), was the son of the Magyar chieftain Geza, Stephen succeeded him as leader in 997. Already raised a Christian, in 996 he wed the daughter of Duke Henry II of Bavaria and devoted much of his reign to the promotion of the Christian faith. He gave his patronage to Church […] 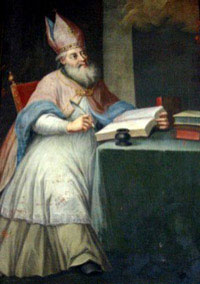 Maximilian was born in 1894 in Poland and became a Franciscan. He contracted tuberculosis and, though he recovered, he remained frail all his life. Before his ordination as a priest, Maximilian founded the Immaculata Movement devoted to Our Lady. After receiving a doctorate in theology, he spread the Movement through a magazine entitled “The Knight […] 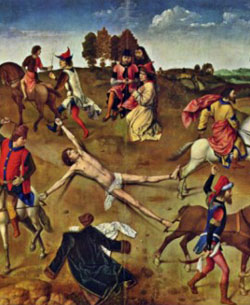 Martyr of Rome, with Concordia and other companions, he is a controversial figure who censured Pope St. Callistus I. Hippolytus was slain in Sardinia where he had been exiled for being elected as an antipope, the first in the history of the Church. He was reconciled to the Church before his martyrdom. His writings were […] 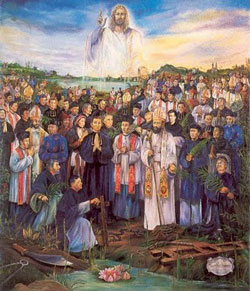 Martyr of Vietnam. He was the mayor of a town in Vietnam when the persecution of Christians started. Michael was martyred with Blessed Anthony Dich, his son-in-law, and with St. James Nam. He was canonized in 1988 by Pope John Paul II.

Clare was a beautiful Italian noblewoman who became the Foundress of an order of nuns now called “Poor Clares.” When she heard St. Francis of Assisi preach, her heart burned with a great desire to imitate Francis and to live a poor humble life for Jesus. So one evening, she ran away from home, and […]