Pope from 461-468 and guardian of Church unity. He was born in Sardinia, Italy, and was a papal legate to the Robber Council of Ephesus in 449, barely escaping with his life from this affair. Hilary was used by Pope St. Leo I the Great on many assignments. When Leo died, Hilary was elected pope […]

St. Leander of Seville, Bishop (Feast – February 27th) Leander was born at Cartagena, Spain, of Severianus and Theodora, illustrious for their virtue. St. Isidore and Fulgentius, both bishops were his brothers, and his sister, Florentina, is also numbered among the saints. He became a monk at Seville and then the bishop of the See. […] 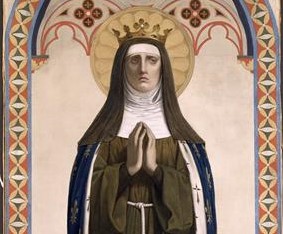 Sister of St. Louis and daughter of King Louis VIII of France and Blanche of Castile, she refused offers of marriage from several noble suitors to continue her life of virginity consecrated to God. She ministered to the sick and the poor, and after the death of her mother, founded the Franciscan Monastery of the […]

St. Tarasius was subject of the Byzantine Empire. He was raised to the highest honors in the Empire as Consul, and later became first secretary to the Emperor Constantine and his mother, Irene. When being elected Patriarch of Constantinople, he consented to accept the dignity offered to him only on condition that a General Council […] 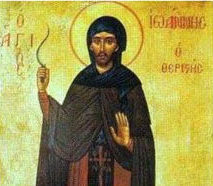 Benedictine monk, called Theristus or Harvester. He was of Calabrian lineage, born in Sicily. His mother was a slave of the Saracens. John escaped at a young age and became a monk. 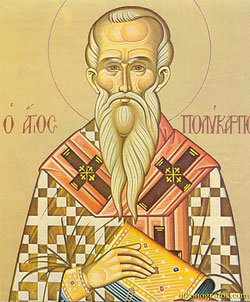 Imagine being able to sit at the feet of the apostles and hear their stories of life with Jesus from their own lips. Imagine walking with those who had walked with Jesus, seen him, and touched him. That was what Polycarp was able to do as a disciple of Saint John the Evangelist. But being […] 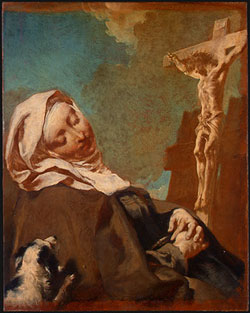 Margaret of Cortona, penitent, was born in Loviana in Tuscany in 1247. Her father was a small farmer. Margaret’s mother died when she was seven years old. Her stepmother had little care for her high-spirited daughter. Rejected at home, Margaret eloped with a youth from Montepulciano and bore him a son out of wedlock. After […] 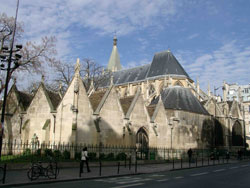 Bishop and martyr. The bishop of Scythopolis in Galilee. He attended the Council of Chalcedon (451) and took part in the complete triumph of the orthodox Christian cause against the heretics of the era. On his return home he was assassinated by a group of heretics at the command of Emperor Theodosius II. 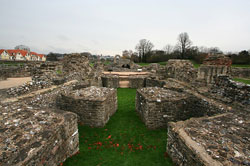 Wulfric (d. 1154) + hermit and miracle worker. Born at Compton Martin, near Bristol, England, he became a priest and was excessively materialistic and worldly. After meeting with a beggar, he underwent a personal conversion and became a hermit at Haselbury; Somerset, England. For his remaining years, he devoted himself to rigorous austerities and was […] 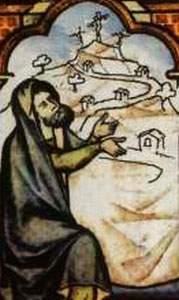 Alvarez was born in either Lisbon, Portugal, or Cordova, Spain. He entered the Dominican convent at Cordova in 1368. He became known for his preaching prowess in Spain and Italy, was confessor and adviser of Queen Catherine, John of Gaunt’s daughter, and tutor of King John II in his youth. He reformed the court, and […]